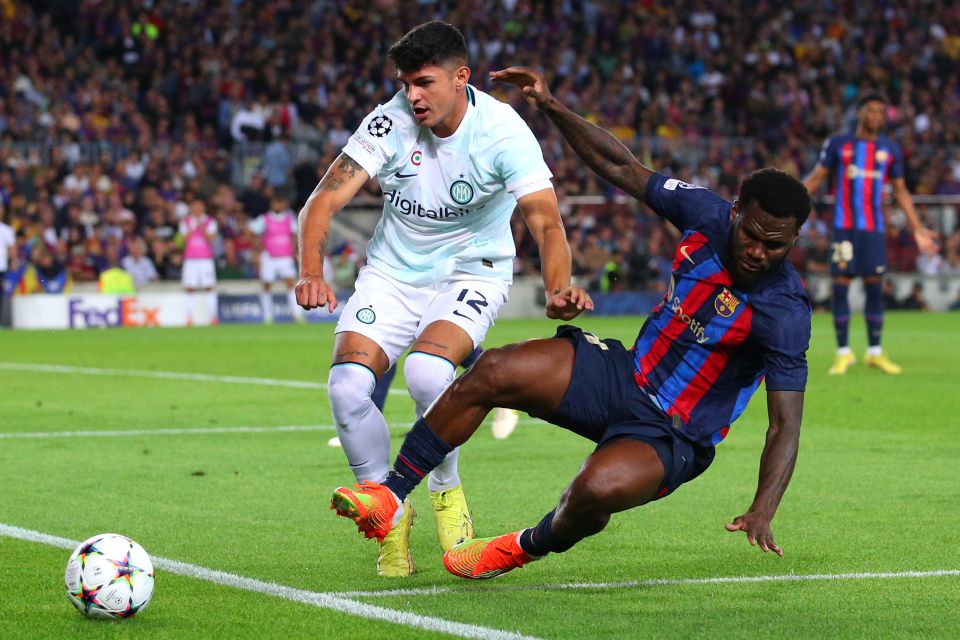 Barcelona midfielder Franck Kessie is looking increasingly likely to leave for a new club next summer, with Inter and Napoli among the clubs keen to sign him.

This according to today’s print edition of Rome-based newspaper Corriere dello Sport, via FCInterNews, who report that the Nerazzurri and the Partenopei are among the clubs on high alert, along with teams in the Premier League, as the 25-year-old’s future looks to be away from Barcelona.

The theme of the meeting was that the Ivorian former AC Milan and Atalanta midfielder is not happy with the limited amount of playing time he has received this season.

After the meeting, the sense is that Kessie could well be allowed to leave Barcelona.

The Blaugranas signed the 25-year-old on a free transfer from Milan in the summer, but he does not appear to feature prominently in their plans.

Kessie is not likely to leave in January, but could see out the rest of the season with the La Liga leaders and then leave next summer.

As far as what the player would want, Kessie would prefer a return to Serie A in all likelihood.

Both Inter and Napoli would be ready to move to bring the Ivorian back to the Italian top flight.

Meanwhile, teams in the Premier League are also keen on signing Kessie if he is to leave Barcelona next summer.