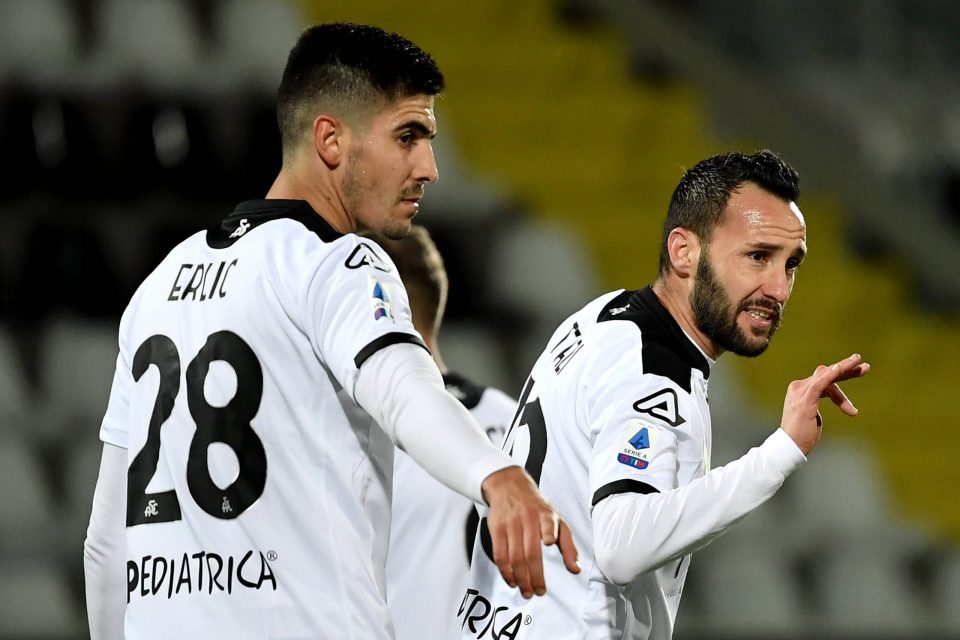 Inter are considering Sassuolo defender Martin Erlic as a possible target to reinforce their defense.

This according to Italian news outlet FCInterNews, who report that the 24-year-old Croatian international is a player on the Nerazzurri’s radar as they look for possible opportunities to sign players for their backline.

Erlic has been impressing this season for Sassuolo in Serie A.

The Croat was signed by the Neroverdi in the summer of 2021 from Spezia, but spent last campaign back on loan with the Friulians.

Erlic helped Spezia to promotion from Serie B during the 2019-20 season, and had impressed during the two subsequent campaigns in the top flight with the Friulians under Vincenzo Italiano and then Thiago Motta.

Now, the Croat’s performances with Sassuolo have further enhanced his reputation and also earned him four call-ups for the Croatian national team so far.

Inter have sent scouts to watch Erlic play in several matches for the Neroverdi already this season.