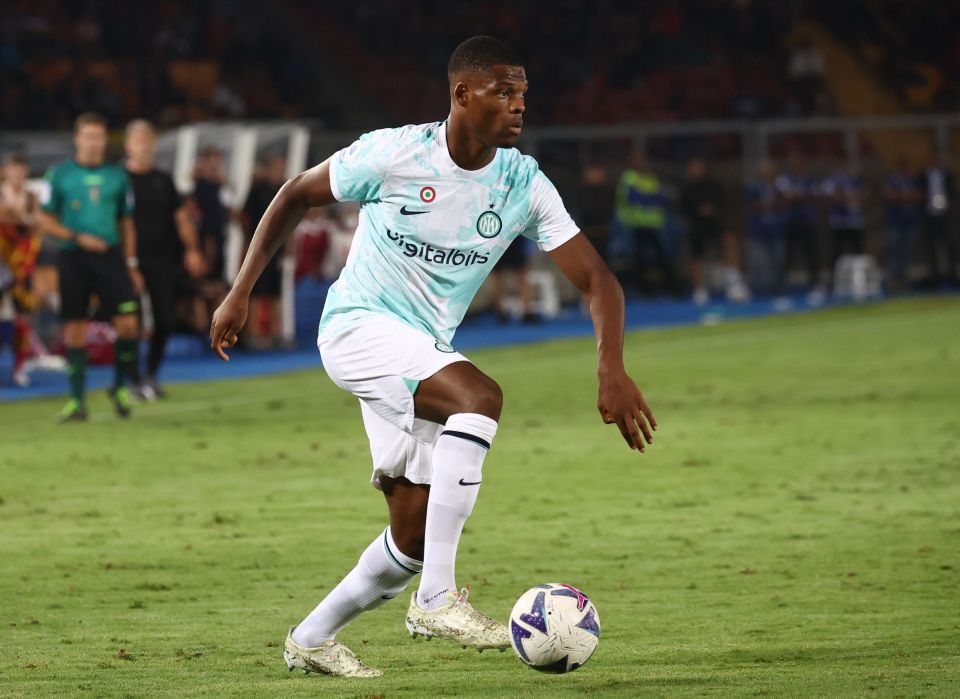 The agent of Inter wingback Denzel Dumfries feels that if his value skyrockets too much based on performances at the World Cup with the Dutch national team, selling him could become difficult.

Speaking to Italian broadcaster Sky Sport Italia, via FCInterNews, the 26-year-old’s representative Rafaela Pimenta suggested that getting a deal done for the Nerazzurri to sell him could be complicated by the World Cup.

Dumfries did not necessarily get his World Cup off to the best of starts as he failed to score or assist a goal in the group stage for the Netherlands.

However, the former PSV wingback showed exactly why he is an important player for the Oranje with his display in the round of sixteen against the US, scoring once and assisting two other goals to secure a 3-1 win and progression to the quarterfinals of the tournament.

Now, the interest in Dumfries from other clubs could be heightened, whilst he value may well have taken a further jump.

Asked if she expects that Dumfries’s value has increased, Pimenta replied “Let’s hope not, it would become more difficult to sell him then.”