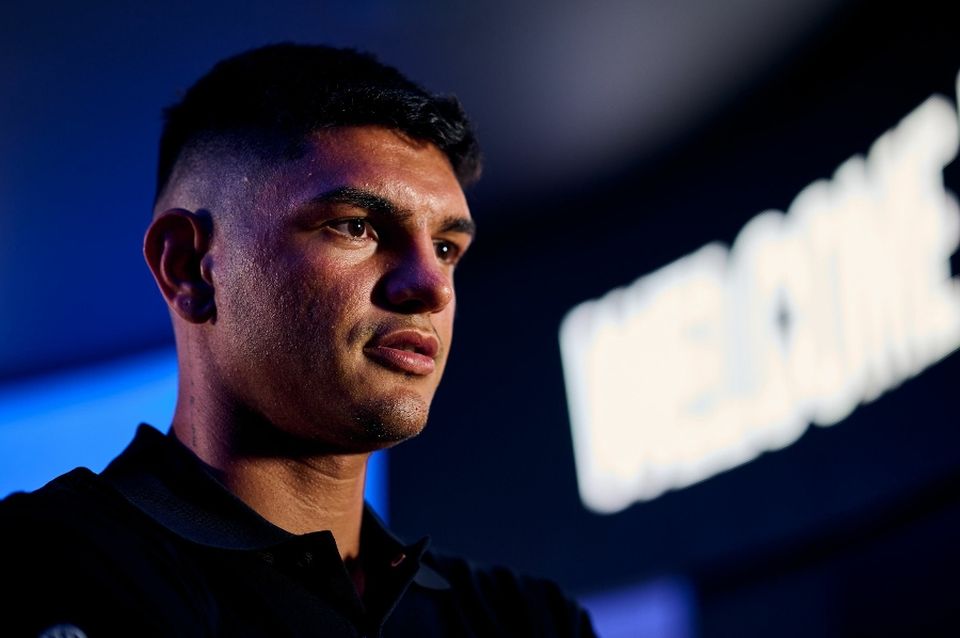 Inter wingback Raoul Bellanova feels that playing for the Nerazzurri represents something of a personal dream come true for him.

Speaking to InterTV, via FCInterNews, the 22-year-old noted that it would even further realize his dream if he could find the back of the net in Serie A in a Nerazzurri shirt.

Bellanova joined Inter on loan from Cagliari during the summer transfer window.

The wingback never made any secret of the fact that he is a boyhood Nerazzurri fan, and that joining the club was always something he had hoped to do.

Over the first part of the current season, the 22-year-old has hardly nailed down a starting spot for himself on the Nerazzurri’s flank.

However, Bellanova has certainly shown flashes of his quality in the opportunities that he’s been given.

Now, Bellanova is hoping that he can kick on from what he’s already shown and continue to carve out a place for himself at Inter, with his next objective being his first Nerazzurri goal.

Bellanova scored in Inter’s friendly win over Gzira United, and noted that “I’m very happy about my goal, it’s a dream to score in this shirt.”

“I hope the next one will be in Serie A,” he confssed.

Bellanova said of the team’s training preparations that “We’re preparing well for the return of Serie A.”

“I work hard every day and I feel the trust from the coach and my teammates.”

“When it’s my time, I try to give everything because it’s an honour for me to be here,” Bellanova concluded.