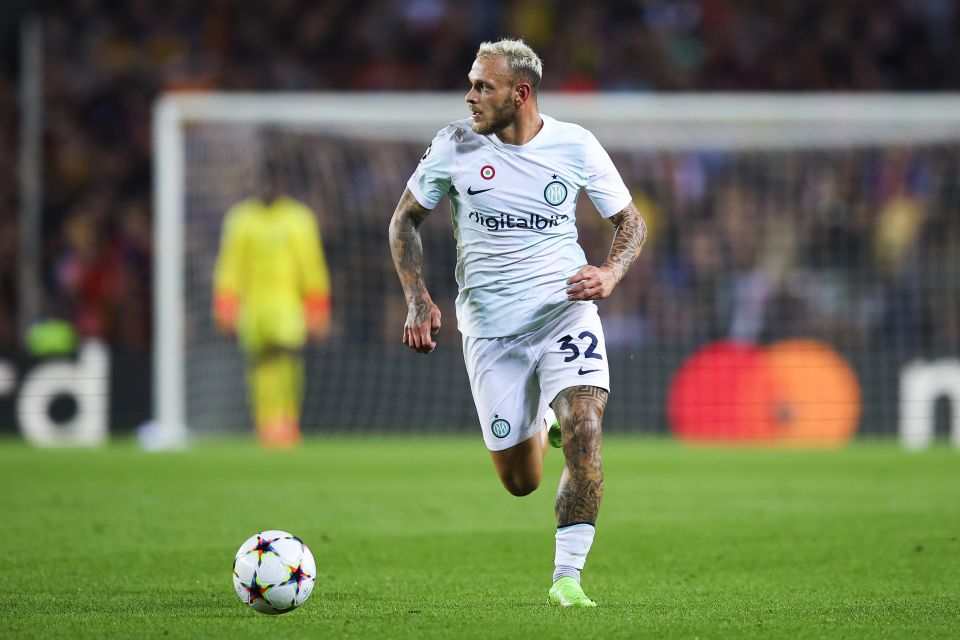 Inter wingback Federico Dimarco expects that the team will do everything to be in top form when they face their massive head-to-head clash with Serie A leaders Napoli at the start of next month.

Speaking to the press conference after the Nerazzurri’s 4-0 win over Red Bull Salzburg in a friendly, as reported by FCInterNews, the 25-year-old stressed training to be at their best on the other side of the World Cup break, and also wished good luck to his teammates still at the World Cup.

Inter find themselves in the middle of an unfamiliar situation in the form of the ongoing World Cup break.

A number of members of the squad are either still engaged at the tournament in Qatar or are just returning, at a time when the team would normally be in the midst of a busy period of the club season.

For Dimarco, the important thing is to use the opportunity to reflect and work to be at their best.

“We ended up it with a great win,” he said of the victory over Salzburg.

Of the return to Serie A against Napoli, Dimarco said that “We’re working at the maximum so that we can be at our best.”

The wingback also added that “I hope that every who’s at the World Cup can go on as far as possible, and then return fit and ready to help the team be at our best.”