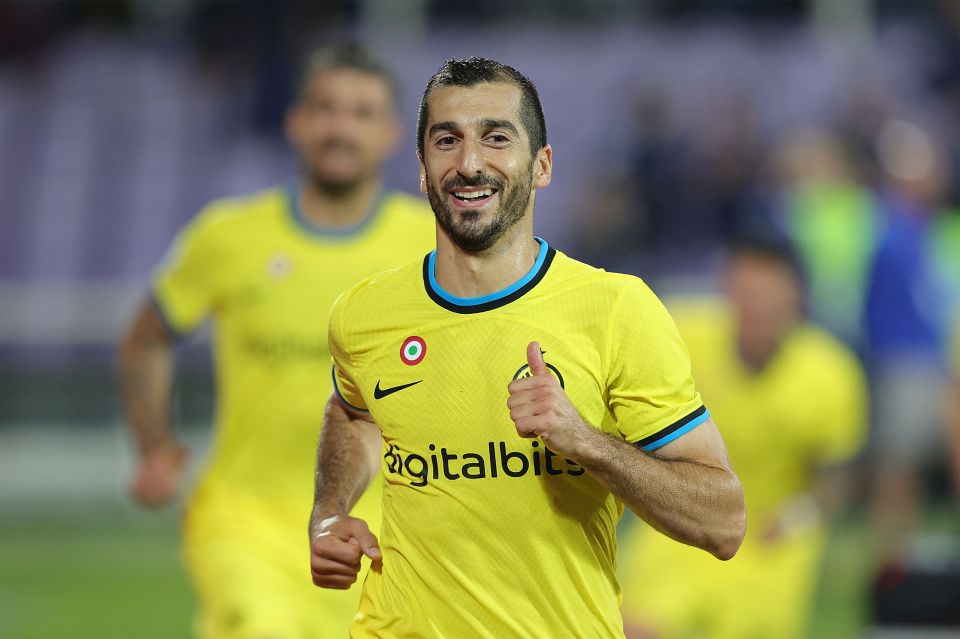 Inter head coach Simone Inzaghi has been experimenting with the idea of playing Henrikh Mkhitaryan as a second striker.

This according to today’s print edition of Milan-based newspaper Gazzetta dello Sport, via FCInter1908, who report that the Nerazzurri coach could move the 33-year-old into more of an attacking role now that Marcelo Brozovic will be back available in central midfield.

Over the first part of the season, Mkhitaryan has largely played in a central midfield trio for Inter.

The Armenian has started regularly alongside Nicolo Barella and Hakan Calhanoglu, with the latter moving back from his customary mezzala role into a deeper position just in front of the defense, given that the first-choice in this position Brozovic has been injured.

However, given that Brozovic is fit again and expected to play a prominent role for Inter after the return from the World Cup break, Calhanoglu is expected to return to playing higher up the pitch.

Given that Mkhitaryan had been starting regularly in Calhanoglu’s regular position on the left of midfield, the Armenian could be used elsewhere in the team.

Inzaghi is thinking about trying out the former Roma, Manchester United, and Borussia Dortmund in more of an attacking role, as a second striker or attacking midfielder behind a lone striker.