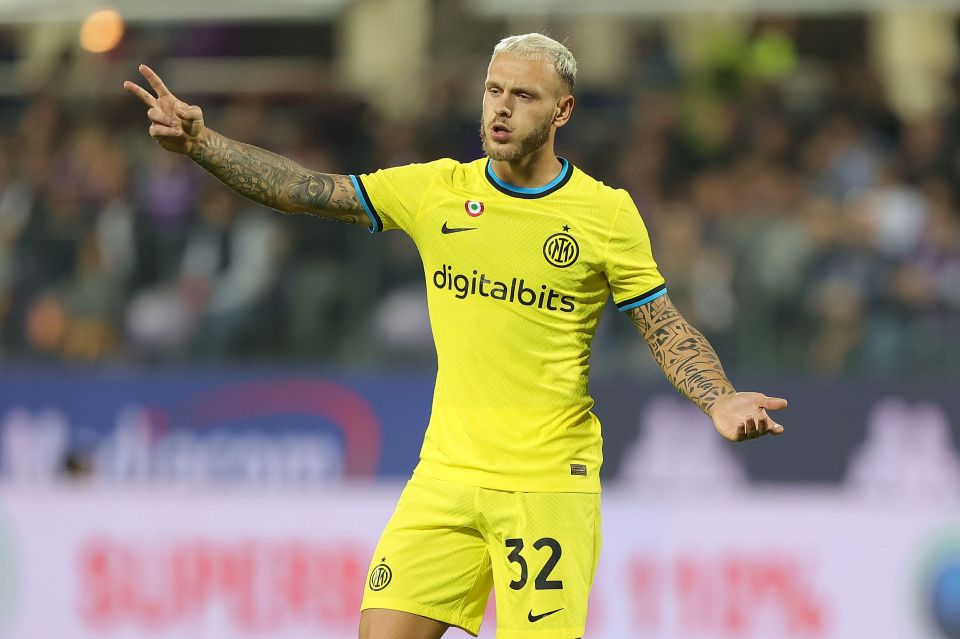 Inter wingback Federico Dimarco feels that the team must show their desire to win when the Serie A season returns and the title race returns with it, but also be careful to avoid any more slip-ups.

Speaking to Italian broadcaster Sky Sport Italia following the team’s 4-0 friendly win over Red Bull Salzburg, via FCInterNews, the 25-year-old stressed the importance of finding the right balance between hunger and composure when Serie A action resumes.

Inter have a big eleven-point gap to make up on league leaders Napoli when the Serie A season starts back up.

The Nerazzurri’s very first match back on the other side of the World Cup break will come against the Partenopei.

The opportunity is there for Inter, even if the gap is large and won’t be easy to make up.

If the team show their hunger, however, they could still feel that they have a chance, although they will need to avoid any more mistakes if they are to slowly eat into Napoli’s lead at the top.

“The feeling among us players is that we shouldn’t make the mistake of getting ahead of ourselves,” Dimarco said, “we need to take things one match at a time.”

“We’ll try to get the most out of the opportunities we have.”

“We have to play with the right hunger to win, and avoid slip-ups.”

Of the friendly matches played during the break, Dimarco noted that “It’s important to have time to work in training, and it’s just as important to play these matches so that we can get back to our best.”