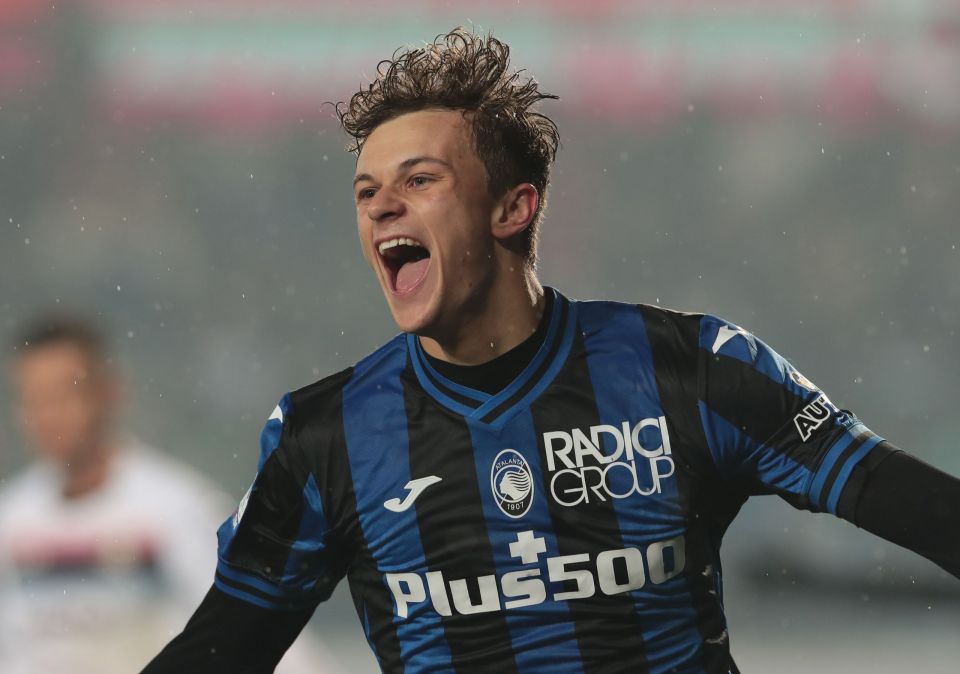 Inter Milan will have a serious fight on their hands if they wish to lure Giorgio Scalvini away from Atalanta this month, according to reports.

Scalvini has been a revelation for Atalanta this term, and he has piqued the interest of fellow Serie A giants Juventus, who are mulling over a move.

As things stand, Inter are on the hunt for a new right-back as they fear that Denzel Dumfries could leave. The Nerazzurri have been in talks with Chelsea over a potential deal, but the fee has so far proving to be a sticking point, with Inter holding out for €60million, while the Blues have tabled an offer worth €35m.

However, with the transfer window closing at the end of the month, Inter don’t have long to strike a deal for Scalvini. What may be more worrying is that there have been reports indicating that Juve have supposedly held talks with the defender’s agent.

But it is also believed that Inter are prepared to sweeten a deal by offering in exchange Giovanni Fabbian, who is currently on loan with Serie B outfit Reggina.

Atalanta are thought to be adamant that Scalvini won’t leave during the January transfer window, which could spark a summer auction with interested parties to formal further bids.

Aside from Inter and Juve, Liverpool and Tottenham have also been keeping tabs, with the latter desperate to rectify their defensive woes in their bid to stay on track for a top-four finish in the Premier League.

Liverpool, meanwhile, are set for a huge squad overhaul, and he would be a useful addition with the likes of Joel Matip seemingly heading for the exit door.

As always, the January window prompts plenty of excitement for clubs looking to strike deals, and in some cases, it can give teams a much-need push for the second half of the season.

Around the world, all eyes will be on the window, and from a betting perspective, it can create a stir.

Indeed, you only need to take a cursory glance at some of the top betting sites in Australia, all of which promote odds and transfer specials, so bettors will be able to find prices for whether a player will leave or stay at their club in question before the window closes.

Scalvini, as mentioned, has seen his stock rise over the past few months, and he has been a virtual ever-present feature for Atalanta, making 14 Serie A appearances this term.

Inter are hoping to have a busy end to the window, and they have been lining up other deals, with Borussia Monchengladbach Marcus Thuram, who was involved at the World Cup with France, also on their sights.

The scramble for Scalvini could well drag on until the final few hours of the window on deadline day, but Atalanta will have to hold firm and not budge on their asking price.

But whether they can snuff out Juventus and capture Scalvini’s signature remains to be seen. Nevertheless, it is a saga we will be watching with great interest.