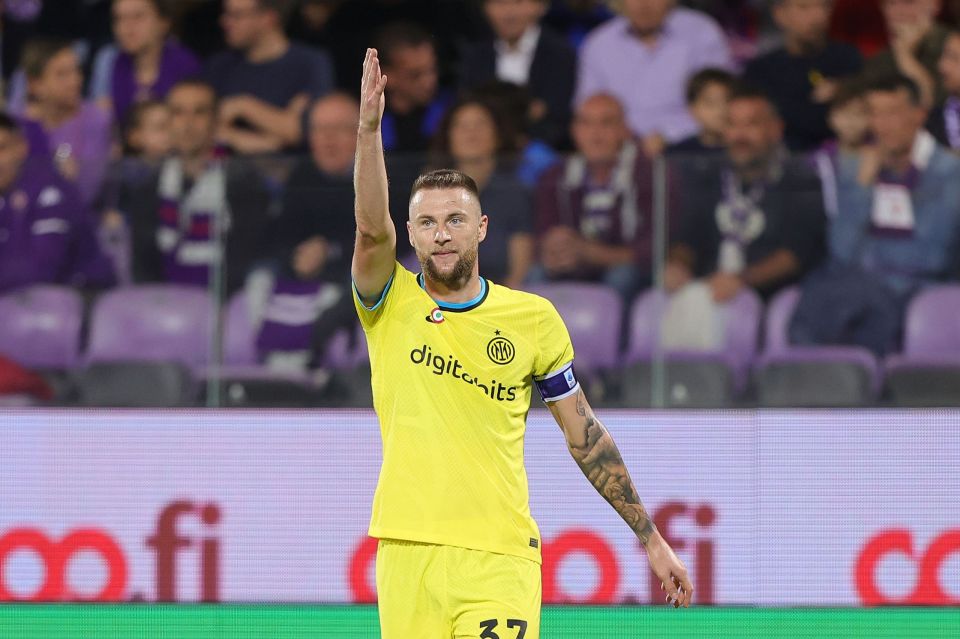 Inter defender Milan Skriniar has an agreement to join French club Paris Saint-Germain, and the Nerazzurri are waiting to see whether the Parisians make an offer for him this month.

This according to Sky Sport Italia transfer market expert Gianluca Di Marzio, who reported live on air via FCInter1908 that the Nerazzurri are now anticipating the very real possibility that PSG will make an offer before the January transfer window closes.

It now looks to be certain that Skriniar will not extend his contract with Inter.

Moreover, according to Di Marzio, the 27-year-old already knows where his next destination will be.

The Slovakian had already looked close to joining PSG during the summer, but Inter and the Ligue 1 club were unable to agree a fee.

However, the player looks to have made the decision to join the French champions anyway.

Now it will remain to see whether the Parisians can convince the Nereazzurri on a deal this month, or wait to sign him until the summer when the defender on a free transfer.

“Inter have seen more than ever what the player’s decision is,” Di Marzio said, “and now it’s been made official by his agent.”

“Skriniar has an agreement with PSG and now we’ll wait to see whether they make an offer to sign him immediately in January,” he continued.

“We expect a move from [PSG Sporting Advisor] Luis Campos.”