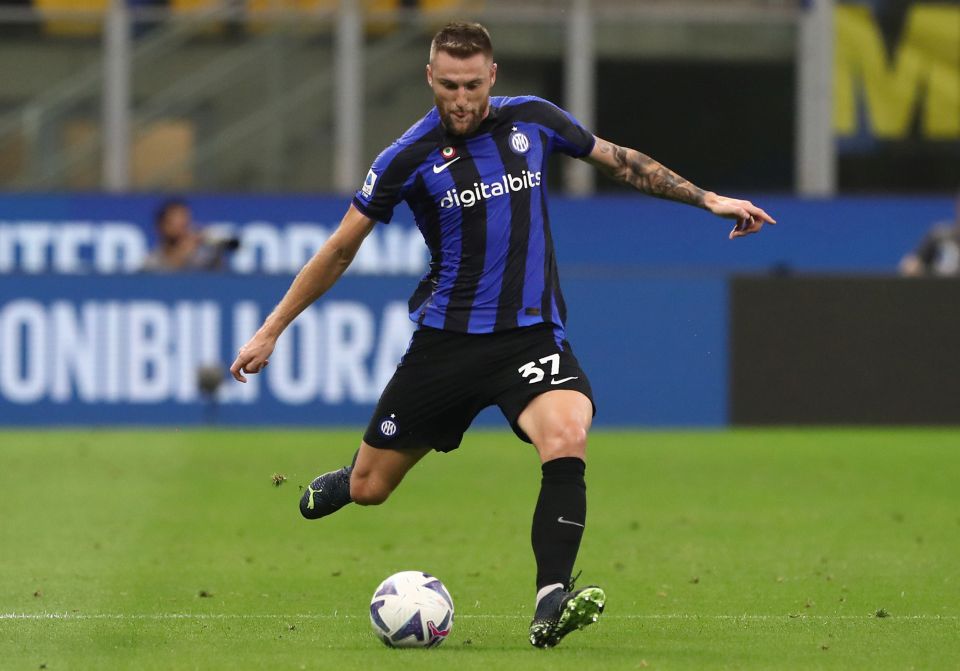 Inter have made selling defender Milan Skriniar before the end of the January transfer window their priority, but as of yet no offers have arrived from Paris Saint-Germain for the 27-year-old.

This according to Italian news outlet Gazzetta.it, who report that since the former Sampdoria defender has made clear to the Nerazzurri that he will no extend his contract, they want to cash in while they still can.

Skriniar increasingly looks set to join PSG, whether it is in the summer on a free transfer or as early as this month for a transfer fee.

According to the Gazzetta’s, Inter’s preference would now be for the player to be sold this month rather than departing for nothing at the end of the season.

Despite the fact that Skriniar’s contract only runs for another six months, the Slovakian still has a significant market value.

For this reason, the Nerazzurri are hoping that they can cash in on the player whilst they are still able to.

However, as of yet no offers have arrived from PSG to sign the defender as early as this month, as the Parisians look to be more inclined to wait for a summer free transfer.

The one obvious reason why the French champions could decide not to wait would be in order to have a defensive reinforcement of Skriniar’s quality available for their Champions League round of sixteen tie against Bayern Munich next month.

However, there has not been an offer from the Parisians as of yet, and it remains to be seen whether they will decide to make one before the window closes.

Meanwhile, it looks unlikely that Skriniar would accept an offer from any other clubs to move for a fee before the window closes, as he has primarily been negotiating with PSG.