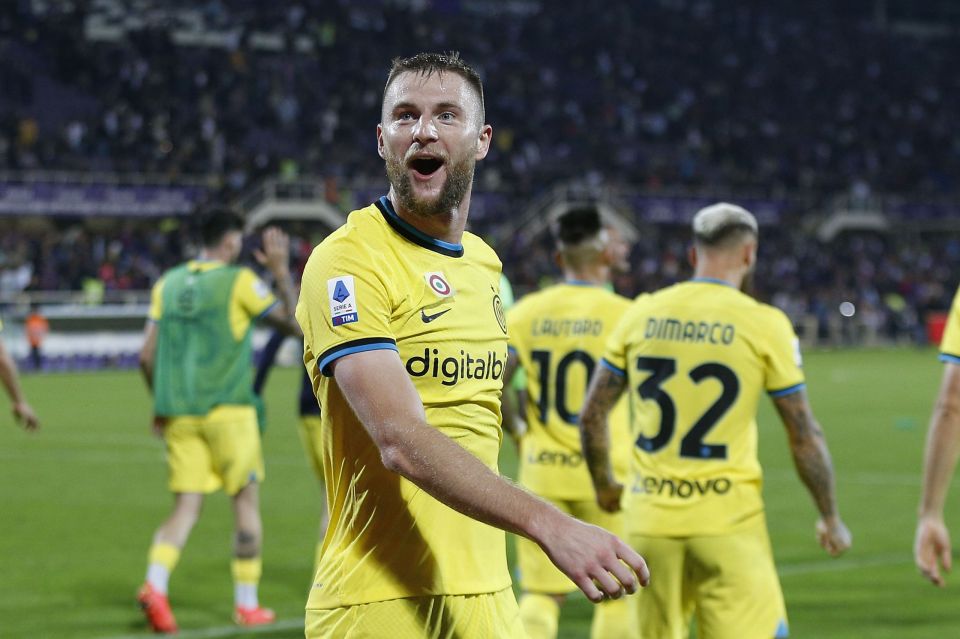 Inter want to get a deal done with Paris Saint-Germain to sell Milan Skriniar and immediately replace the Slovakian with Lille’s Tiago Djalo.

This according to today’s print edition of Rome-based newspaper Corriere dello Sport, via FCInterNews, who report that the Nerazzurri feel that the situation has become too tense and toxic for the player to stay, and want to immediately move him on and replace him.

If Skriniar’s professionalism has never been up for debate within Inter, the timing of an interview with his agent in which the agent essentially confirmed that he intends to leave on a free transfer has made it seem as though it may become impossible for him to stay at the club.

The Nerazzurri want to get a deal done, both for financial reasons, and because they feel that the sense of awkwardness and tension around a player with one foot out the door will only get worse over the rest of the season.

For this reason, the Corriere reports, Inter are hoping that they can agree a deal with PSG for around €20 million before the end of the transfer window.

In the event that an agreement is found with the Parisians, the Nerazzurri have no doubt that their plan is to immediately move to reinvest the fee in Lille defender Tiago Djalo.