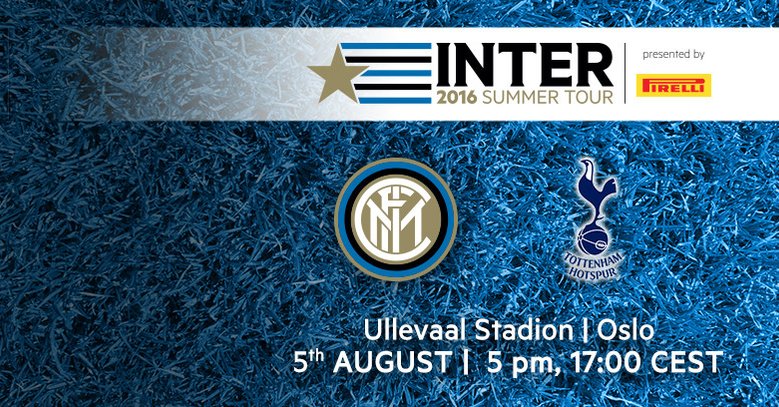 (Note: This is a tactical analysis of the first 60’ minutes of the game that saw Roberto Mancini experimenting with some “newish” defensive ideas. The rest 30 minutes, due to substitutes and a return to more familiar tactics were not analyzed)

Roberto Mancini experimented with a formation that included two attacking-minded midfielders (Banega, Brozovic) and a man oriented defensive scheme that due to reasons such as miscommunication, lack of understanding of and confusion regarding certain defensive tasks and slackness of the former two, resulted in a disastrous result.

How it should have worked.

With Tottenham building from the back, Banega’s and Brozvic’s task was to mark the two defensive midfielders, with Icardi in front of them waiting to apply pressure to the CB that will receive the ball, in order to force towards the wing.

As you can see in the above picture, with the ball moving from the GK to one of the CBs, Icardi’s job was to apply pressure to the latter one, while Brozovic (or Banega depending on the side) was marking the DM close to the ball, thus forcing the ball to the FB that the Inter wingers were ready to press. Meanwhile, the far from the ball midfielder’s (here: Banega) task was to move close to Kondogbia, forming this way a 4-4-2.

This function was happening in every occasion the Londoners were starting their attacks from their defenders or DMs.

Why it didn’t work.

The most obvious occasions when the abovementioned function didn’t work, were when the ball changed side of the pitch, either immediately,due to a cross from one side to the other, or via the Tottenham defenders. But why?

First of all, lack of pressure from Icardi to the CB (due to big distance that the striker had to cover or due to lack of right timing to initiate his movement), meant that latter had the time to look at his options and pass towards the direction of his liking.

In the above picture, this is exactly what happened as the CB had a passing lane towards the center of the field between Kondogbia and Perisic. This situation could have been “corrected” or avoided entirely if Perisic had moved faster in a central position near Kondogbia (which as we saw was not his task), or Banega and Brozovic were closing the central passing lanes while positioned in relation to the DMs.
In reality, it seemed like there was not an exact order on what to do, or at least those two (especially the Croat) were confused when it came to DMs moving in the same line as the CBs. There were situations in which Banega was leaving his player move closer to the defenders, covering the central spaces, and other occasions in which Brozovic was following his man even near the wing and next to the Tottenham CBs (see picture below).

The above picture is a good example of two of the problems that Mancini saw his team face.

Firstly, Brozovic follows his man that moves next to the CBs. Banega seeing that the other DM is also near the ball decides to stay there and not move next to Kondogbia as was his task.

At the same time the high positioning of the Tottenham FB, confuses Biabiany and D’Ambrosio that for a moment do not know which one should go towards the wing and press. The Italian is the one that makes the decision, moving far from his defensive line and leaving a space behind him for Alli to exploit.

This confusion, is what caused the most problems as the minutes passed. While the Tottenham FBs were giving the offensive width high up the pitch, the wingers were moving in the inside corridors, in huge spaces next to Kondogbia that were created as the Inter wingers moved towards the wing to close down on the opposition FBs, and the Inter FBs did not know whether to keep their position or follow the winger.

The above videos, show exactly the above problem and are good examples of how easy it was for a fluid Tottenham side to manipulate Inter’s defensive shape and find central spaces to create dangerous situations.

It was a game that saw many Inter players committing mistakes, what stood out however once again was how bad Brozovic performs defensively when he plays at the centre of the field in a midfield of two.

Both videos above, are great examples of how bad Brozovic’s sense of positioning is when it comes to defending in a midfield of two. Notice how he is primarily focused on what is happening in front of him, not aware of the movements behind him and not occupied on how he should cover Kondogbia who had just moved outside his line to apply pressure to ball carrier, thus exposing his CBs in very dangerous situation as the opposition receives the ball between the lines.

It was an experiment that failed miserably for Mancini and proved that, at least in this defensive context and general way of defending, Brozovic and Banega cannot be together in a midfield of three. It is also something that we had never seen before, in this exact form, and probably never will again with this exact first eleven.

No, with Medel and Felipe Melo in the roster, Brozovic will not play next to Kondogbia that much at least while Banega is also on the pitch. The Croats’ versatility also, means that he (fortunately for his individual progress through playing time) can be accommodated on the wing or in a possible wingerless formation. Finally, we have to keep in mind Tottenham’s state of preparation which is more progressed and that they are a team that play a certain style of play with an exact group of players for two years at a very high level, but also that excluding the top 6 teams in Italy and some above average European teams Inter will not face this year teams that fluid and against which the individual quality of the nerazzurri will not be enough.