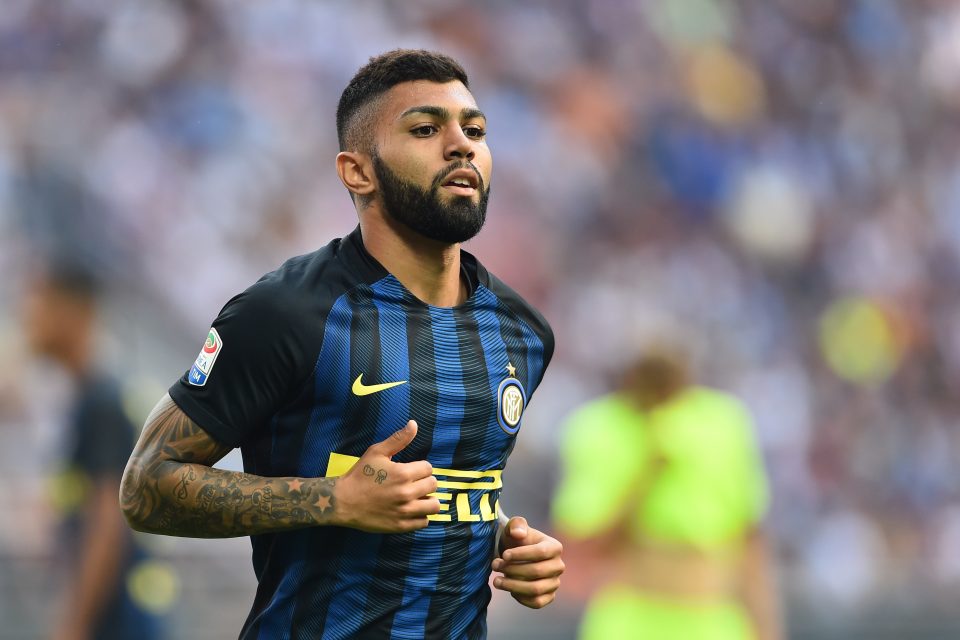 Gabriel Barbosa or Gabigol as he is more commonly known is looking to return to Brazil and in particular his former club, Santos. The young Brazilian forward left Santos in the summer of 2016 after becoming Olympic Gold medallist for Brazil during the summer tournament in Rio. He left with heavy heart for Italy and Inter for a hefty price tag and a lot of expectation.

Unfortunately the European Dream hasn’t quite worked out for the Benfica player and he is now looking to recapture some form and more importantly some confidence by returning home this winter. Having only featured in a handful of games both Inter and Benfica during the last sixteen months he is a man in need of a change in a league he is familiar with. Italian daily newspaper Corriere della Sera, suggests that: “Inter’s Sporting Directors, Walter Sabatini and Piero Ausilio must decide on what to do with Gabigol. Santos are insisting on his return to the club on loan but Inter want at least €3 million (a fee that was agreed with Benfica) for his loan and that the club also pay his wages. This is where the two clubs are having problems with the Brazilian side not in agreement with these terms.”