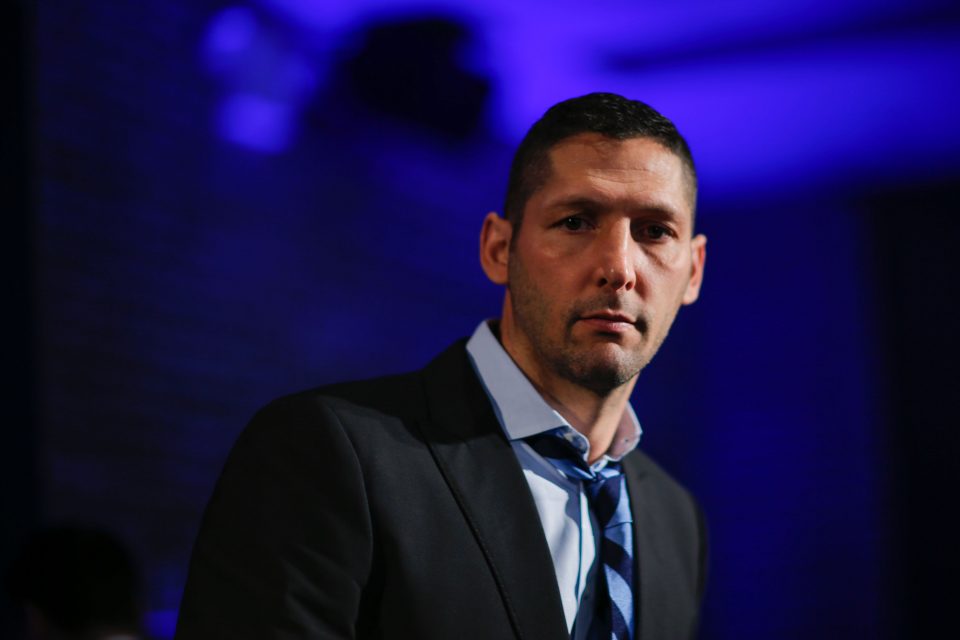 Former Inter defender Marco Materazzi discussed his career, the Italian national team and some of the best players he played against in an interview with Italian journalist Nicolò De Vitiis on Instagram Live earlier today. His words were noted by Italian media outlet PassioneInter.

First, he created his strongest possible starting 11 of players he’s played with or against.

“In goal 50% Buffon and 50% Julio Cesar. In defense Samuel, Chivu, Maicon and Cannavaro. Then Cristiano Ronaldo, Figo, Stankovic and Gattuso in midfield. Up front I put Messi and Eto’o.”

“He was very strong, a colossus. He gave the best to Inter.”

He discussed the fun times he had with the national team and his teammates.

“I was making a beautiful mess, but everyone did a bit. It’s easier to say who kept quiet. After the games it was always a party, we were a great squad. Pirlo? How many jokes with Gattuso. He always seems quiet but he’s very clever, very clever.”

Materazzi discussed what he said to French star Zinedine Zidane in the 2006 World Cup final, right before the player headbutted him.

“It felt like a big bang, I didn’t want to take yet another scolding from Gattuso and so I held his shirt. He responded and that’s what happened, luckily, I didn’t expect it otherwise I would have had an early shower too. He asked me if I wanted his shirt, I told him I wanted his sister.”

He spoke about how it is important for the relevant organisations to punish fans who insult or cheer against specific groups or players.

“In all the stadiums they sang against me ‘son of a bitch’, judges don’t understand anything. Everybody’s being all morale about this racism thing.

“Even if it means the end of football because there will be no more fans. You have to ignore them, otherwise there are cameras and they don’t enter the stadiums anymore. It has to be like that in all the stadiums, otherwise the judges are clowns and cowards.”

The Italian touched on which three players were most difficult to play against.

“I’ve always said Cruz, he drove me crazy. The top three are the Inzaghi, Ibrahimovic, Trezeguet, they can always score goals against you.”

Materazzi discussed what he misses about football.

“Setting foot in the San Siro, your legs go by themselves. It’s the most beautiful stadium in the world.”

He spoke about which current players he likes the most.

“I really like Bastoni. There’s also Bonucci, a great pity that he’s in the wrong team. I told him it’s time to win something.”

Finally, Materazzi spoke about the future of the Italian national team and next summer’s European Championship.

“I also like Barella, Zaniolo and Chiesa. Chiesa is one of those that I would beat, because he is very strong but sometimes stressed. But I like him very much. With these talents we must return to winning, as Mancini said. First European Championship and then the World Cup.”