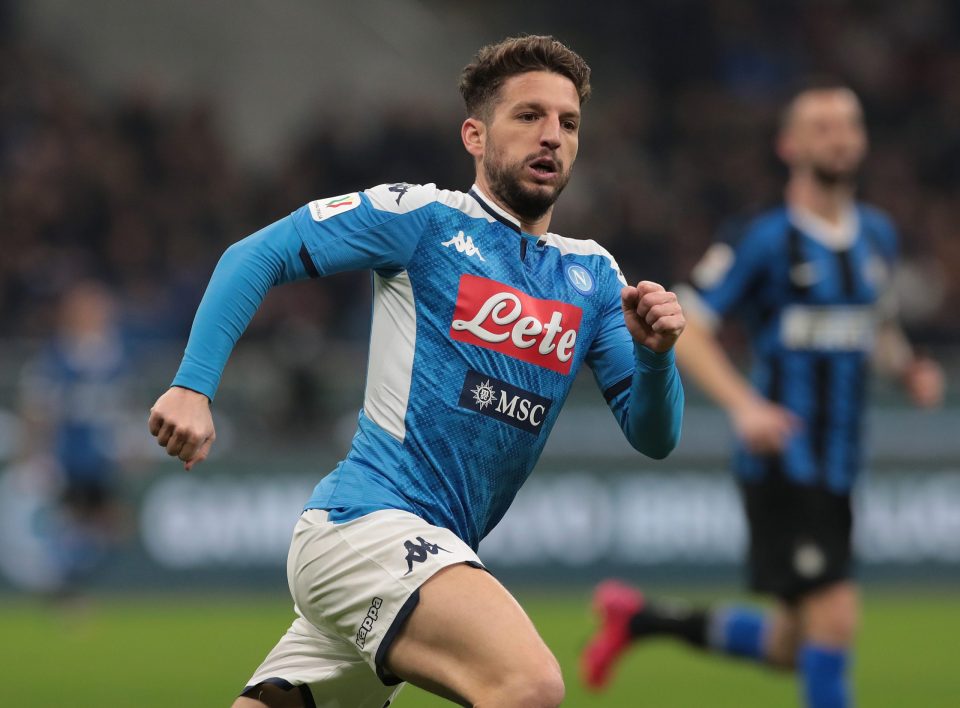 Dries Mertens is likely to be Inter’s first signing of the upcoming summer transfer window, according to a report from today’s paper edition of the Rome based newspaper Corriere dello Sport.

The report details how the 33-year-old Belgian striker’s contract is set to expire with Napoli at the end of the season. The player is interested in playing alongside friend and compatriot Romelu Lukaku, with the duo scoring 70 goals together with the Belgium national team.

Mertens also knows that a move to Inter would be his last big contract and so may wish to spend that time looking to fight for a trophy.

Mertens hasn’t won a trophy since 2014, the report continues, and belief in coach Antonio Conte’s project is growing. The 33-year-old Belgian striker has made 29 appearances across all competitions so far this season, for a total of 1787 minutes. In that time, he has scored 12 goals and provided six assists.