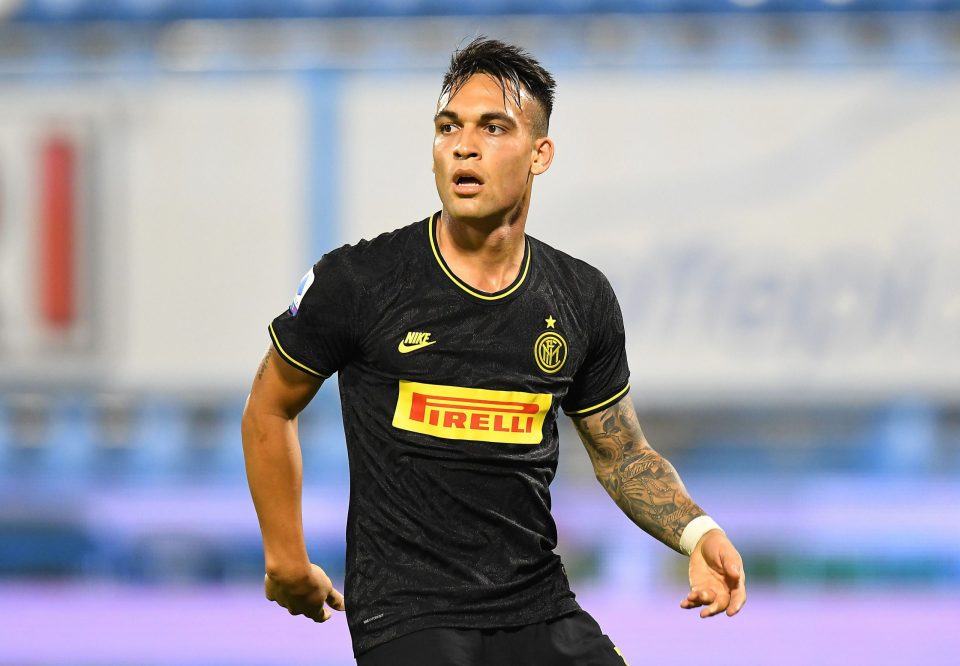 Barcelona have decided to give up on signing Inter striker Lautaro Martinez, with president Josep Maria Bartomeu discussed the deal and the situation surrounding Inter linked Lionel Messi in an interview with Spanish media outlet Sport earlier today.

“Barça have been talking to Inter for several weeks about Lautaro, but the talks were stopped in agreement with Inter. The situation does not allow for big investments.”

The Barcelona president then touched on the situation surrounding the 33-year-old Messi, whose contract expires with the Catalan club at the end of next season. Some have suggested that Inter may look to sign the Argentine star.

“Messi has always said he wants to end his professional career at Barça. Despite the expiry of his contract in 2021, Leo will have another three to four years of high-level football at his disposal. I have no doubt that he will keep his word and end his career at Barcelona.”

The 22-year-old Lautaro, who is contracted to the Nerazzurri until 2023, has made 45 appearances across all competitions so far this season, for a total of 3302 minutes. In that time, he has scored 19 goals and provided six assists. Barcelona have been keen to sign the Nerazzurri striker for some time now, but the Coronavirus pandemic has forced the Blaugrana to pull away from a possible deal. The 22-year-old Argentine forward can now focus on the Nerazzurri and impressing coach Antonio Conte.