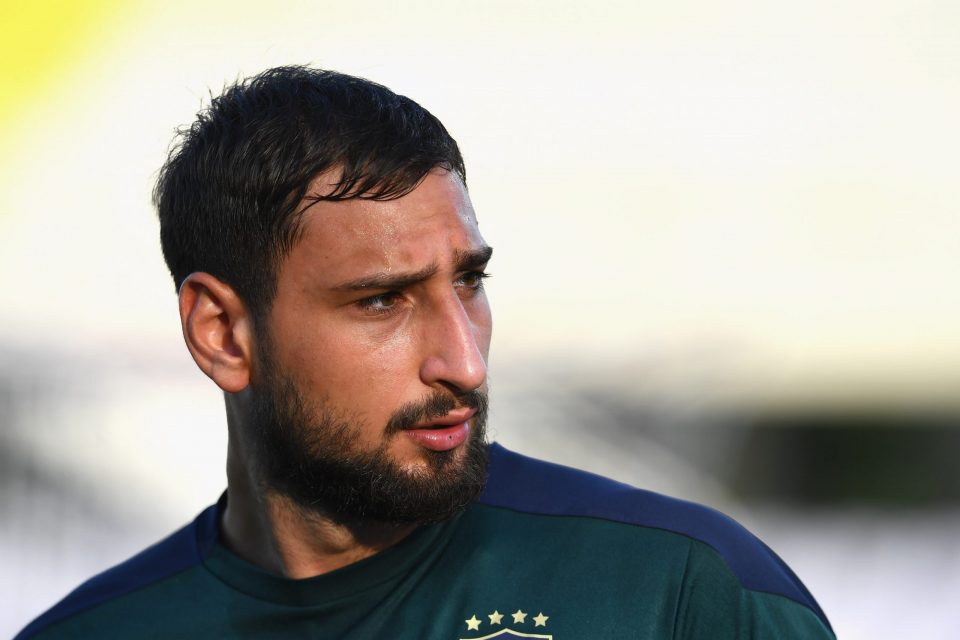 AC Milan goalkeeper Gianluigi Donnarumma has no plans to leave the club on a Bosman transfer this summer and has snubbed interest from Chelsea, Paris Saint-Germain and Inter.

This is according to AC Milan transfer expert Vito Angele, who says that he expects Donnarumma to soon sign a four or five year extension at San Siro.

Donnarumma is regarded as one of the best goalkeepers in Europe but his contract expires in June of 2021 and he is still yet to pen a new deal with the Rossoneri.

However, Angele told The Italian Football Podcast that Donnarumma has been snubbing interest from elsewhere and will sign a new contract.

Recently, Inter CEO Beppe Marotta contacted the Rossoneri youth product to discuss a transfer when his contract runs out but was declined.

According to Vito Angele, Donnarumma informed the Inter CEO that he intends to sign a contract extension with the club he holds closest to his heart.

“The priority for Donnarumma is the renewal with Milan. I am sure that Donnarumma will sign a new contract with Milan and it will not be a short contract.

“Milan want absolutely to ensure that he signs a long four or five year contract with no clause.

“There was interest from PSG and Chelsea and Inter. Giuseppe Marotta recently called Mino Raiola to ask for information about him.

“But Donnarumma said no because he wants to sign a new contract with the club that he loves.”