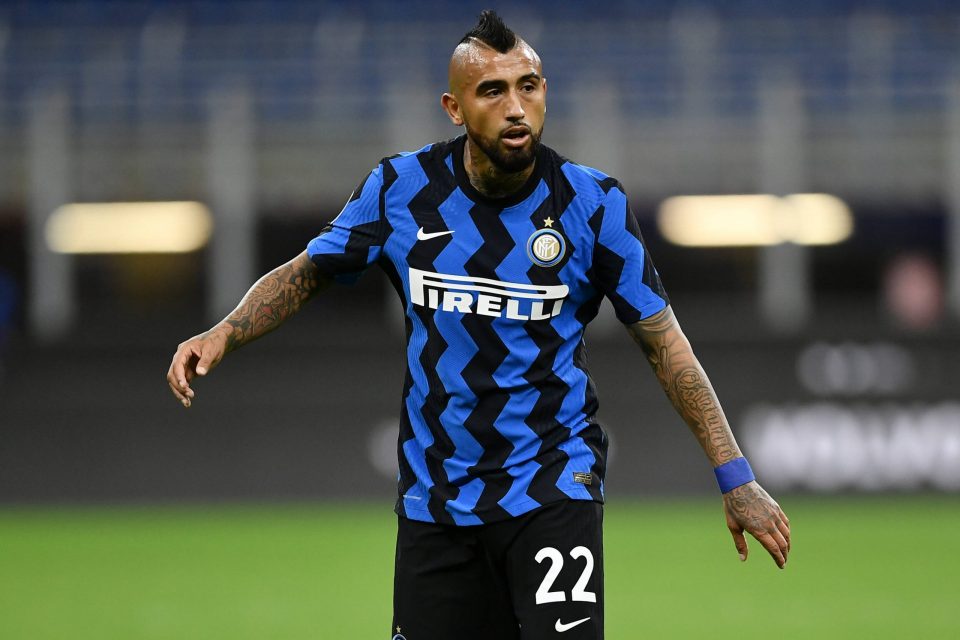 Arturo Vidal could leave Inter and move to Mexico this summer, according to a leading Spanish broadcaster today.

beIN SPORTS Español (via FcInterNews.it) have revealed Club America are preparing to move for the Inter midfielder, who is expected to leave the Nerazzurri.

Vidal has already spoken to Club America and given his blessing to a deal, having previously stated he would be interested in playing for them one day.

The 34-year-old has talked to their head coach Santiago Solari, who once played for Inter, and seems willing to join the Azulcremas.

Suning’s policy of cutting costs and reducing Inter’s wage bill means Vidal’s salary is no longer affordable for the club.

Vidal failed to impress during his debut season after joining from Barcelona, missing the last two months of the campaign after undergoing knee surgery.

The Chilean international tested positive for COVID-19 earlier this week and is hoping to recover in time for La Roja’s Copa America campaign.