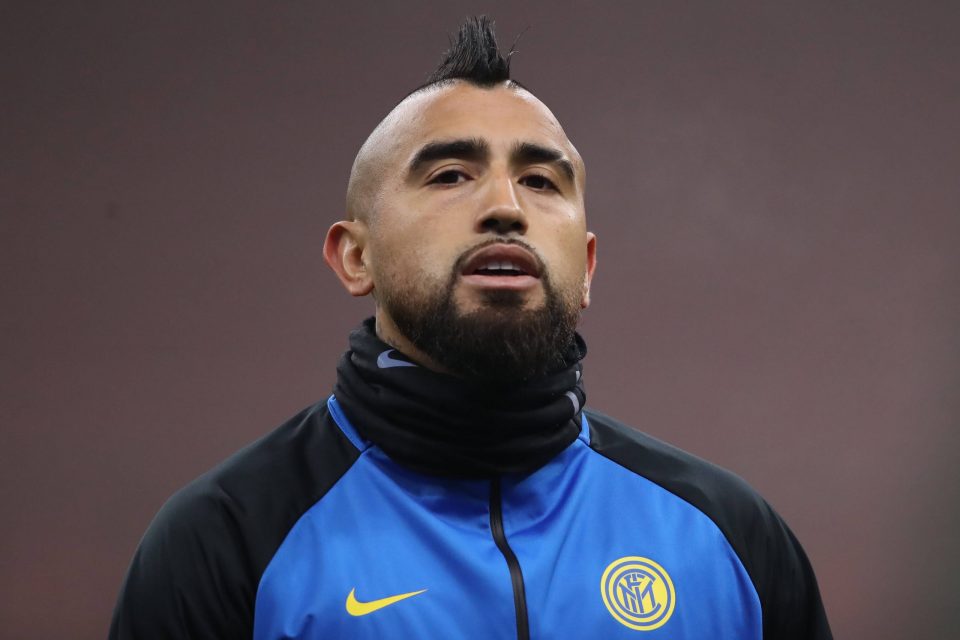 Inter midfielder Arturo Vidal could be on his way to Galatasaray or Besiktas this summer, though a deal remains far away, Italian media report.

Italian news outlet FCInterNews are reporting that the Chilean’s agent Fernando Felicevich has sounded out offers from the two Turkish giants  for thee player’s situation, though the 34-year-old is still unsure of whether to accept a move away to either club.

The midfielder’s €6.5 million net in wages in the final year of his contract are thought to be untenable for the Nerazzurri, and he is no longer in the club’s plans after the departure of Antonio Conte as head coach.

Offers have come in for Vidal from clubs in Mexico and Qatar, but the player is thought to have been uninterested in accepting any of them.

However, a stay in Europe  with Turkish champions Besiktas or rivals Galatasaray could be more tempting for the Chilean.

Both clubs are offering the player two-year deals, and he is said to be pondering them though no final decision has been made.