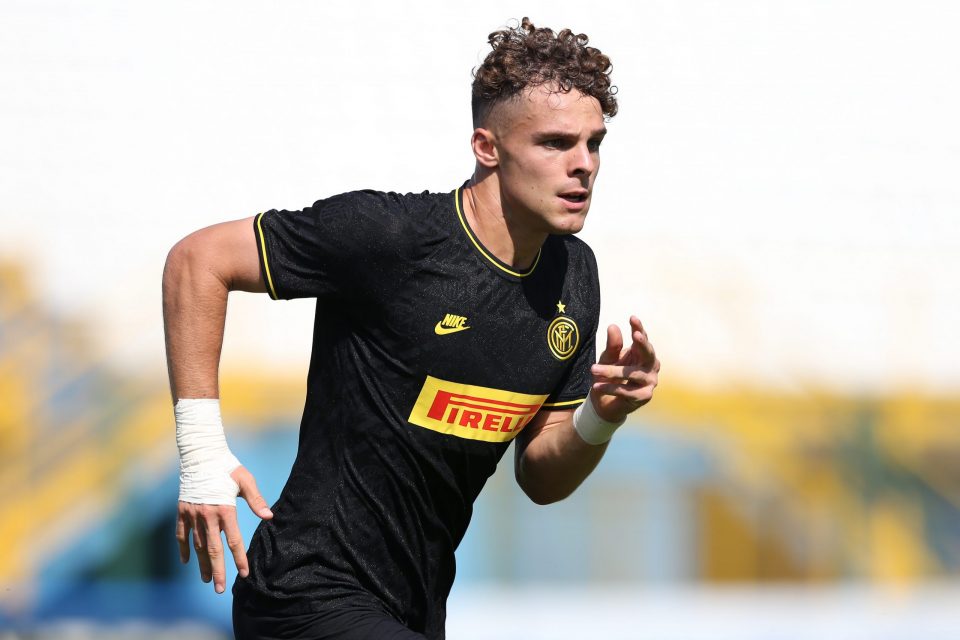 Inter youngster Edoardo Vergani’s agent Andrea Pastorello has shared his belief that it is time for his client to move on from the club.

Vergani is currently part of Inter’s Primavera side and has a contract with the club until the end of the 2022/23 season and Pastorello has admitted that there are a number of clubs who are interested in the 19-year-old.

“He has a long contract with Inter, but lately there have been problems because he should have played more,” Pastorello remarked in an interview with Italian daily newspaper Tuttosport, which appeared in today’s print edition.

“He is a talent who has remarkable qualities and, in my opinion, we are at the end of the Inter experience. The time has come for make the leap. He has a lot of requests.”

Vergani joined Inter at youth level back in 2014 from Monza and was a prolific goalscorer for Inter’s under 17s but he has not had quite the same success in front of goal at Primavera level.

This term the Italian youth national team forward has made 17 appearances across all competitions to date. During his time on the park, which totals just over 800 minutes, Vergani has scored three goals and has provided a total of four assists for his teammates.